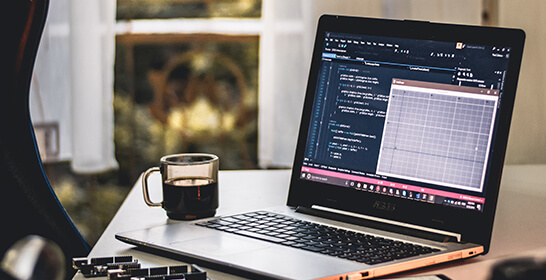 How Much is the Data Warehouse in the Cloud

The premise of the data warehouse in the cloud is hard to resist. For one thing, it promises to reduce (or to eliminate) the costs associated with acquiring, operating, upgrading, and maintaining the hardware and software used to power the data warehouse. For another, the cloud data warehouse lowers the cost-of-entry for access to technologies such as massively parallel processing (MPP) database software. Lastly, it simplifies the way that data warehouse systems are sized, configured, and deployed, making it possible to create and destroy capacity as needed. What’s not to like?

A recent episode of DM Radio, a syndicated bi-weekly show that focuses on data management, explored this question at some length. During one memorable segment, host Eric Kavanagh and guest Chris Twogood, senior vice president of marketing with Teradata Corp., discussed the difficulty of assessing, much less of predicting, the price/performance of data warehouse services in the cloud.

In practice, Kavanagh argued, the facile transparency of cloud pricing – e.g., cloud providers usually publish the per-second, per-minute, per-hour, etc. cost of using their services – is belied by the opacity of cloud price/performance, the cost of moving data out of the cloud, and other charges. The problem is that virtual cloud infrastructure – and virtual cloud storage, in particular – does not behave in the same way that non-virtualized infrastructure behaves. This has implications for data warehousing workloads, Kavanagh noted. In his own remarks, Teradata’s Twogood expanded on Kavanagh’s claim.

“You cannot … say, ‘I want to run a query in a cloud data warehouse and here’s how much it’s going to absolutely cost me.’ That’s a great place to get to … but it all depends on how many other workloads are hitting that same environment, it depends on what [database] software you’re using,” he argued.

Twogood has a point, although not solely, or not exactly, for the reasons he describes.

But Twogood is also a product marketing specialist with a vendor that sells cloud data warehouse services. Obviously, Teradata has its own unique story to tell about the data warehouse in the cloud – as do its competitors. (We explore what these messages are and how to interpret them in a companion piece.) Without going too far into the weeds, let’s stipulate that some providers question the cloud-worthiness of competitive platform-as-a-service (PaaS) data warehouse, which, they say, do not make meaningful or authentic use of cloud features such as elasticity or ease-of-use; alternately, other providers, such as Teradata, question the scalability of their PaaS data warehouse competitors, because, they say, not all PaaS data warehouses are as scalable, or efficient, as others.

Customers may have a sense that, pound-for-pound, cloud infrastructure is neither as fast nor as efficient as on-premises infrastructure. They might likewise understand that this performance penalty is a function of virtualization – e.g., a single physical microprocessor with 24 cores and 48 threads is virtualized and exposed as 48 logical processors – and of the vicissitudes of cloud hosting. In practice, however, customers tend to view the public cloud as a practically inexhaustible resource. This fosters the belief that – even if virtual cloud resources are not as performant as physical resources – it is possible to provision sufficient virtual resources to more than offset the cloud performance penalty.

Twogood addressed this perception during his interview with DM Radio. “One of the challenges you have in the cloud … [is that] you can get the performance. You can scale out with that elasticity, but what does that cost?,” he said. “Because you maybe [will] get the performance, but if you have software that relies on the unlimited resources of the cloud [in order to scale], when elasticity goes up, guess what goes up also? Your cost. You’ve got to make sure that you’ve got a [cloud infrastructure] foundation that really manages with limited resources to deliver the best price/performance.”

In the PaaS public cloud, a virtual processor is mostly analogous to a virtual processor as instantiated in, e.g., an on-premises enterprise private cloud. But PaaS cloud storage is different from the virtual storage pools that an IT organization might create in an on-premises enterprise private cloud. More important, neither of these virtual resources is comparable to the high-speed, low-latency storage that an MPP database expects to use to access data in anon-premises MPP data warehouse cluster.

All PaaS data warehouse services are hosted by hyperscale public cloud providers such as Alibaba Cloud, Amazon, Google Inc., IBM, Microsoft, Oracle, etc.; in practice, then, the PaaS data warehouse is a hosted service that layers on top of virtualized cloud infrastructure. Hyperscale providers license infrastructure capacity to cloud PaaS providers, who, in turn, license their own services to subscribers.

Even though hyperscale providers usually offer different types of storage, most PaaS data warehouses run on top of an object storage tier, similar to Amazon S3. Object storage has a few advantages, starting with its cost: it is cheaper than alternatives (such as block-level storage) and it offers relatively fast sequential read and write performance. One obvious problem with this is that many types of data warehouse workloads (such as ad hoc queries) involve non-sequential, that is, random, data access.

A bigger problem has to do with how this storage is accessed. In an on-premises MPP cluster, each node connects to its storage via a high-speed/low-latency interconnect such as InfiniBand; in the cloud, MPP nodes usually connect to object storage via TCP/IP and Ethernet; in a hyperscale hosting context – e.g., Amazon Web Services, Google Cloud, IBM Cloud, Microsoft Azure, Oracle Cloud – these links might run at 25Gb/s or greater. This permits fast throughput (up to 3GB/s), albeit at the cost of the higher latencies associated with Ethernet. So on the one hand, object storage has much higher latency than non-virtualized (direct-attached) storage, or, for that matter, other cloud storage services, such as block storage (e.g., Amazon EBS). On the other hand, object storage is less consistent – its performance less predictable – than direct-attached storage, or cloud block storage, for that matter.

Why does this matter? The short answer is that an MPP database needs reliable access to data to work correctly – that is, to break up and distribute a workload across multiple nodes and, in so doing, to reduce the time it takes for the database to perform the operations prescribed by that workload. But workloads are not just broken up and distributed across the individual nodes that constitute the MPP cluster, but, also, across the multiple processors, or workers, that populate each node. In this context, a slow worker, starved for data, can trigger the equivalent of a dependency trainwreck: other parallel jobs crash to a halt, waiting for the dependent worker to finish its task. This is why predictability – usually expressed as a function of low-latency – is so important in databases and parallel computing systems.

Cloud providers address this in different ways. For example, many now offer on-premises “public-private” clouds: that is, hardware and software bundles that effectively bring the PaaS data warehouse to the enterprise data center. (Be it in a multi-rack appliance form-factor or, alternately, in the form of a shipping container.) But these SKUs are priced at a premium relative to each provider’s basic cloud service. In the public cloud, proper, PaaS providers can usually do a few things to offset the unpredictability of object storage. Some, including Teradata, use block-level storage, which, again, helps reduce latency. And most PaaS providers also use caching (in-memory, NVME, SSD) to improve performance for common reports, queries, etc. In practice, this is sufficient for a majority of workloads.

How a PaaS data warehouse deals with latency, especially, determines how well it will perform in the cloud context. But its ability to wring extra performance out of virtualized processors, virtual memory, and high-speed virtual interconnects is also critical. What is most frustrating is that – notwithstanding all of these remediations – there are practical limits with respect to what PaaS providers can do.

And this gets at something that is implicit in what Twogood said: namely, that some on-premises workloads just will not be able to move to the public cloud; that, at this point – as a function of the features, constraints, and (yes) vicissitudes of public cloud infrastructure – the PaaS data warehouse cannot scale to support the most demanding workloads. Even though Twogood himself would not go so far as to say this, it is implicit in what he did say.

Predicting and assessing price/performance in the cloud

With this as background, what conclusions can we draw about the scalability and price/performance of cloud data warehouse services? Now as ever, the answer is a familiar one: it depends. Which is to say: it depends on what would-be subscribers want to do, on the types and varieties of the workloads they want to run, on the complexity of their queries, and on the number of simultaneous users (i.e., “concurrency”) that they want to host – both on average and during periods of peak demand.

Lastly, some workloads still cannot move to the cloud for statutory or regulatory reasons.

Data warehousing luminary Bill Inmon spoke to this issue in the same episode of DM Radio. “Some organizations … for various and sundry reasons can’t put their data on the cloud. Military, medical information are two [verticals] that come to mind … that they simply don’t let that data out of their domain, and in some cases there are legal reasons why they have to do that,” Inmon commented, acknowledging that this “represents only a small fraction of the organizations that are out there.”

Inmon also hit on one of the most important factors that is spurring data warehouse migration – or, put differently, extension – to the cloud: its appeal to and usefulness for the line of business. Rather than reducing costs, the data warehouse in the cloud has the potential to enfranchise the lines of business.

“I think underlying the movement of data warehouses to the cloud is the fact that data warehouses when implemented by the IT dept have not been implemented very well and over and over we see the control of data and the data warehouse go to the different functional organizations: marketing, finance, sales, and organizations like that,” he noted. “I think that one of the big drivers of moving information to the cloud is the fact that it’s easier for marketing, finance, and other [functional areas of the] organization to take control of their own data rather than have … IT … build and manage this data.”

Like it or not, the on-premises data warehouse will be with us for a long time to come. And this isn’t such a bad thing. A hybrid on-premises + cloud data warehouse deployment permits an organization to distribute use cases and workloads – as well as costs – on a more or less rational basis.

True, some costly workloads might not be able to move to the cloud: not today, not next year, and maybe not in half-a-decade’s time. But cloud infrastructure will continue to improve, and cloud providers will continue to innovate to offset the performance penalty that is, in a special sense, a feature – not a bug! – of the cloud model. Pragmatic, forward-thinking organizations grok this. Do you?